A few days ago I was looking for a photo I know i have for a client, and going through my “Box of the Past” I found a letter I had written to a girl I knew back in the 80’s – The letter was sealed, stamped and addressed to her..  Geez, I had invested 70 cents in this letter [ or probably nicked it from my parents ] so WHY did I not send this letter?

Of course I opened the letter..

It was a nice letter, what I would now see as declaring my feelings for / about her… SO, why did I never send this letter? WHY??

I was intriqued by this un-sent letter to say the least, so I went through ALL my stuff to find any other letters from her.. I found 12 letters and 7 cards..

By now I had completely forgotten about my client’s photo, and went off on a flashback to the days of these particular letters.

At the time I must have been very naive and “blind’ to what I was reading, ‘cos at the time I had no idea what her feelings towards me were, but reading the letters today, it’s clear we were both very fond of each other. At the time I lived near Breda, and she lived in Limburg, so not all that far from each other, yet as I mentioned we never met in person other than the initial meeting, which in it’s self was a coincedence.

One letter in particular really made me quite sad.. for the strangest reasons!!

In this particular letter she was telling me, that a letter from me had arrived, but she was away for the weekend, so her mother put the letter aside for her. When she arrived home, her mother said with a smile.. ” have you seen your mail?.. there is a letter from Paul” to which she jumped up excited, went up to her bedroom to read the letter, and write one back to me ..

Now I have not got a clue why,..  but reading this 30 years later made me sad, and loads of weird questions came to mind.. WHY did we never meet each other after the initial meet?. DID she deep down know my feelings for her?.. WHAT did she think of me back then? What has happened to her in the past 30 years? – And the weirdest of all,..  I was sad in a very content way, that her Mother knew my name, did this mean she spoke about me to her Mother?, which again, does that mean she did have feelings towards me?.. hahaha this is fucked up!!

To make things a lot worse, or at least for me, was that  [ as far as my detective work goes ] the last letter I received from this girl was dated 9 days AFTER my sealed letter was written, that I never sent,…

She started with.. and I quote

She was waiting for 3 weeks for the sealed letter that I never sent, .. the letter that I finally put my feelings and thoughts towards her to paper, I never had the nerve to send!!

Today the young 15 year old girl that wrote me the letters is probably the same age as her mother was at the time, and she herself might have a daughter / son the same age she was when she wrote that letter to me.. Jayzus.. time flies, and waits for nobody!!!

On a lighter note, here is a paragraph from the Sealed Love Letter I never sent that made me laugh out loud..

Haha.. WHO said romance is dead!!… If this hadn’t made her fall in love with me, then nothing would have!!! … gotta luv it 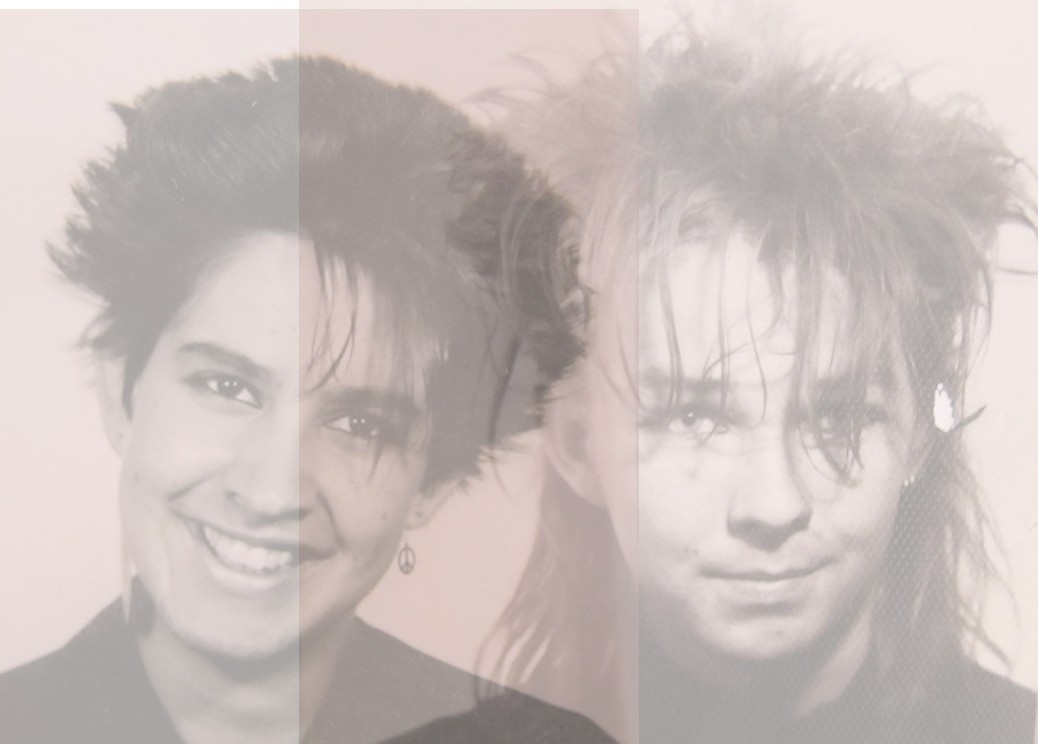 I really felt a bit down and sad for a couple of days especially after finding out that at the time the girl I did care for waited for 3 weeks for me to reply to her last letter.. I know she would have really appreciated my unsent letter, AND, let’s be honest it might well have changed history.. 😉

The easiest thing for me to have done, is to have put all the letters back into the box, and put the box back into storage.. which, if I’m honest I would have done if I had not read all the other letters and cards she had sent to me, and especially what I think is the last letter I received from her. Now when I read that letter, I can actually feel how upset, disappointed and let down she was by me.. And that was the last thing I wanted her to feel!!

I also had a problem with the fact that I do not know why my  letter never got sent.. It’s clear to me that I wanted her to know my true feelings, and I wanted us meet up again.

The letter was sealed addressed and stamped, I would not have done that, and then change my mind, so I like to think and hope that I really did assume that the letter was sent.. but maybe that’s the cowards way out, trying to make myself feel better.

I decided to try and find the girl, or by now a middle aged lady in question, luckily for me I did manage to find a contact email, however there was no way of knowing if it was her, or just someone else with the same name. At this point I got stage freight and started to think twice about what I was doing. I bought this issue up one evening with some friends, and they ALL said I would feel a lot better if I got it off my chest.. Great I thought.. BUT then they followed through by saying ” Anyway, there is no way she’s going to remember you, she was just 15!.. WTF! – Now I started to picture me contacting a now 43ish year old lady who probably wouldn’t even know who I was with a story about a sealed Love Letter.. haha, that will go down like a lead balloon… So I dropped the whole thing and carried on with other things,..  completely forgetting about the letter… for a whole 20 min.!!!

[I wanted to at least make sure I had the right person] with a short story without giving anything away.. I sat there for 5 min. staring at my screen, And it was like a special effects movie.. I closed my eyes and quickly pressed the “Send” button.. No turning back now..

I felt relieved, started walking to my departure gate when I got a “New Mail” notification.. haha. she did not come clean as to if she was or wasn’t the 80’s New Waver I was looking for, instead she wanted to know my REAL name [ I used a nickname ] … SHIT, I have a plane leaving in 5 min. do I, after 30 years keep it very short and give her my real name, followed by sorry gotta go!!.. OR do I ignore her reply and wait until I am at my destination and have more time to reply properly, which would be about 2 days!!… I opted for the first option, and came clean who I was, just not WHY I was looking for her.. for this she would have to wait 2 days.

I was very relieved that she did remember my name. [ She might have used the 2 days to figure out who I was back then.. OR haha, she might think I’m someone else…]

I am very glad I went ahead with this, I now know that the young lady in question has done very well for herself, and she is content and happy with her life..