Back in the 80’s I spent a LOT of time in Limburg, mostly in Heerlen, but we would often go to The Stoba in Echt.. and the one thing i can remember from back in the day, I / we ALWAYS had a great time there!..
Back then i always thought of the Stoba as being the equivalent of “Femina” in Heerlen, the DJ’s tried to please numerous walks of life, and as a New Waver / Goth, I definitely got my fill..

That saying, The Stoba also hosted some great New Wave bands. The first time I saw The Clan of Xymox was at the Stoba..

All in all the Stoba was a fantastic place to be for New Wavers / Goths back in the 80’s.. 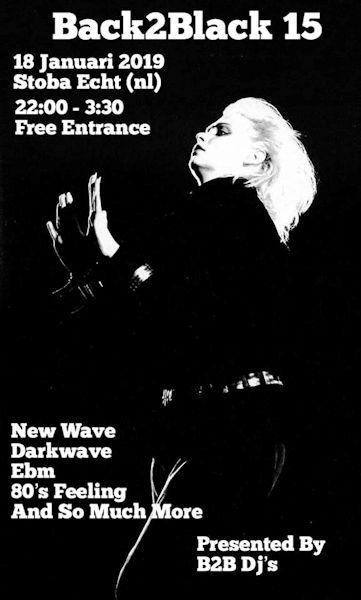 New Wave nights, 80’s nights etc became a big thing again, focusing mainly on the age group 40+ . People that knew how to party and have a good time.. the people that were actually part of the 80’s..

Yet again I traveled all around The Netherlands visiting these venues, quite often in the same club as they were when I was a teenager back in the day..
Breda, Dordrect, Heerlen, Oosterhout, Rotterdam, Arnhem, Utrecht etc…etc.. Some were great fun, others were a waste of time.. The crowds were always great, but the DJ’s were hit and miss

We had a complete blast!.. I remember so vividly walking through the bar, gravitating towards the door that takes you into the venue / dance floor, Bauhaus getting louder and louder.. I was completely transformed back to the 80’s club scene. I could actually even smell the 80’s.. The people were amazing, and the music was just fantastic!..
The DJ’s that spin at the Back2Black were obviously a big part of the original 80’s New Wave / Goth / Punk scene, and KNEW what was played back in the day.. I heard songs being played that I had completely forgotten about, and had not heard for 35 years!

All in all, the Back2Black is honestly in a league of it’s own when it comes to organizing 80’s New Wave / Goth venues..

What I LOVE about the Back2Black in a nutshell.. 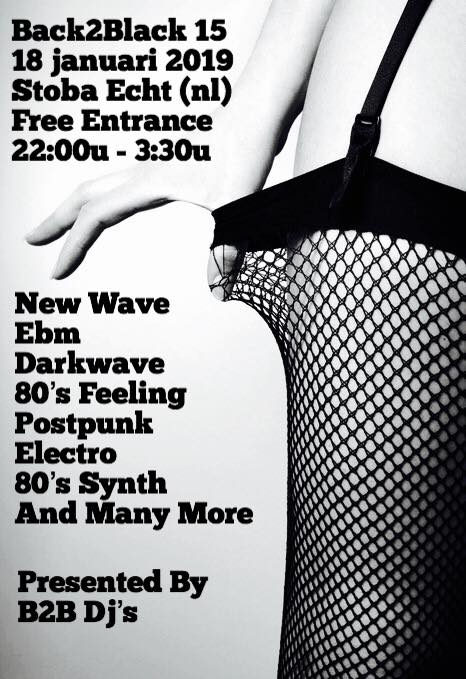 So, for anyone wanting to relive their days in Black, then do yourself a favor and join like minded people at the Back2Black parties..

For more and updated info about Back2Black visit : www.facebook.com/Back2Blacknewwave/